Do you hate having to listen for the prompts when calling a number that requires you to enter an extension? Don’t you just wish you could hit “call” and then have the call go directly to the person you want to reach? Well,the ability to do this is actually built in to iPhone. In fact, it’s built in to most smartphones.
All you have to do is this: when entering the phone number for a contact, hit the “+*#” button. This will give you a host of new options, one of which is “pause.” Enter the phone number, followed by “pause,” followed by the extension. The next time you call the number, the phone will wait a moment after the call is picked up and then automatically dial the extension.
Is this really a hack? Technically, no. You don’t need to modify your phone in any way to get it to save and dial extensions. But I bet I just blew your mind, didn’t it? 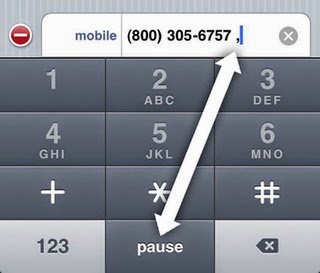 Don’t read many books on your phone? Yeah, me either—and if I do I use the Kindle app. Of course, what this means is that I have a useless app on my home screen that I can’t delete—or at least it used to mean that. Now I’ve book iBooks to use: storing PDFs.
You see, as your probably aware, Apple’s iOS doesn’t allow you to create folders to keep files organized. But if you happen to use a lot of PDFs for work, you can open and store them in iBooks and have a nice, organized library.
To get PDFs in iBooks, just email them to yourself, tap and hold the attachment icon, then select “Open in iBooks.” Presto: iBooks is actually good for something. 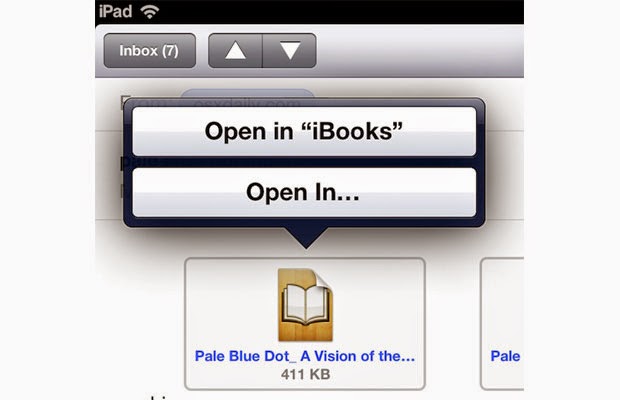 Here’s another hack that isn’t really a hack, but is so cool that is feels like a hack.
If you go to settings and click “General” followed by “keyboard,” you’ll see an option that says “add shortcut.” Then you can create any kind of shortcut you want—from a simple phrase, to a hard-to-type name, to entire sentences. It’s perfect if you want to compose work emails quickly on your iPhone without sacrificing professional grammar. 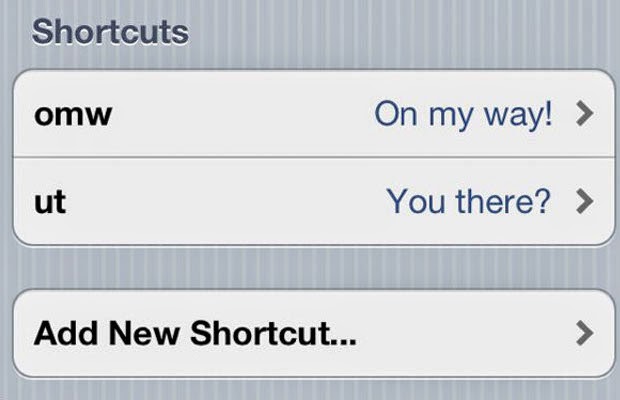 Sure, Siri controls the native iOS music app. But she doesn’t control other music apps—like Spotify. This can be a problem if you want to listen to songs on Spotify while, say, driving. However, there is a hack that makes Siri kind of work with Spotify without jailbreaking your iPhone. Simply tell Siri to text 603-821-4328 (you can add this to your contacts and give it a name), and make the message the name of the artist you want to hear. Siri won’t start playing the music on Spotify, but you will get a text message back with a link to that artist.
It’s a little more work than if Siri would just do whatever you wanted her to do, but it’s at least easier than typing in the name of an artist. 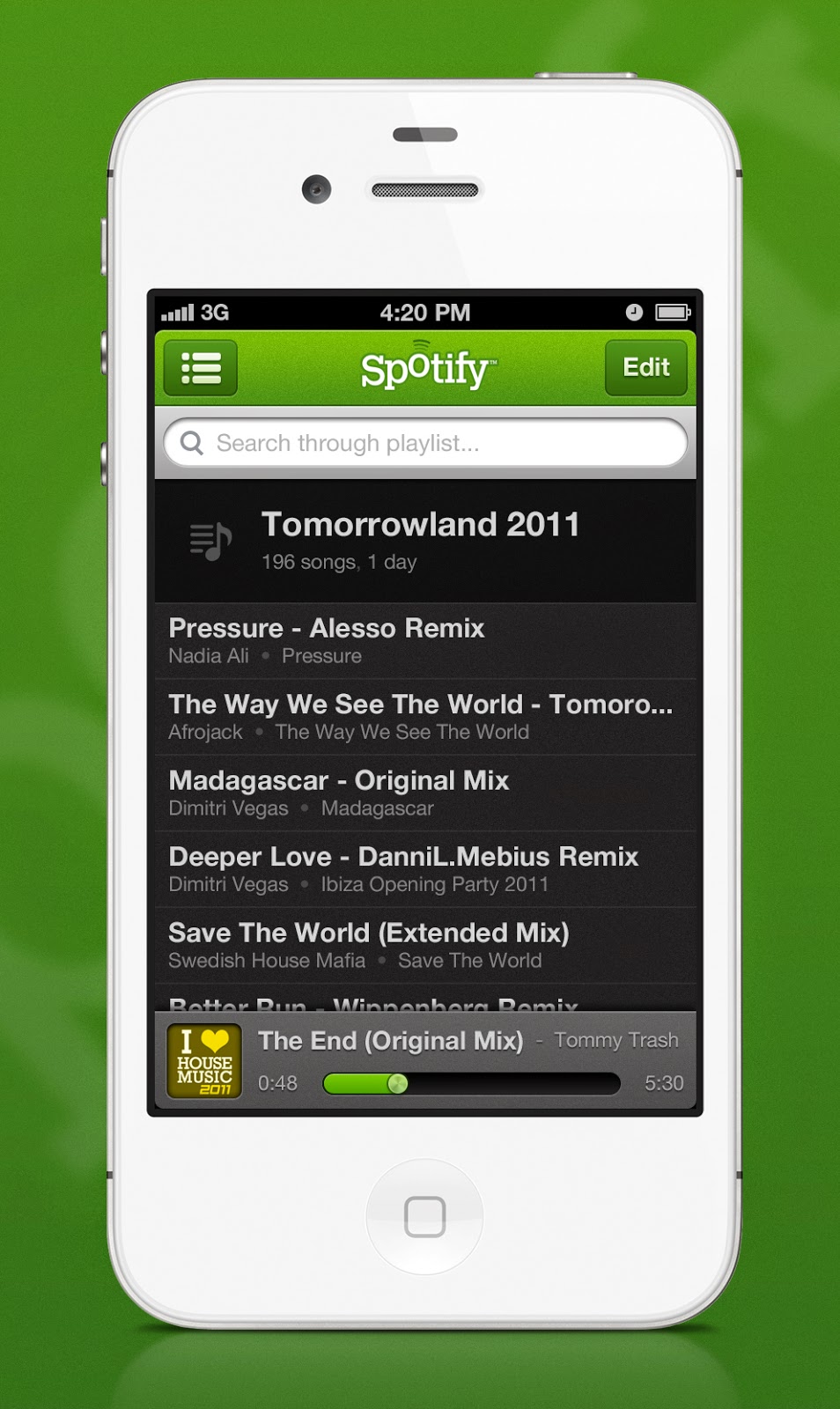 If you get tired of the previous hack, then just go all the way and jailbreak your iPhone. Once you do you’ll have access to Cydia, the app store for jailbroken iPhones. One of the coolest apps you’ll find there is called AssistantEnhancer, and what it does is enable Siri to control third-party apps—like Spotify and Pandora. It will also let you get a lot more specific with Siri. For example, see the above picture? Well, if you have a non-jailbroken iPhone, then you know Siri can’t search the web for local events. But if you buy AssistantEnhancer for $1.99, you can. 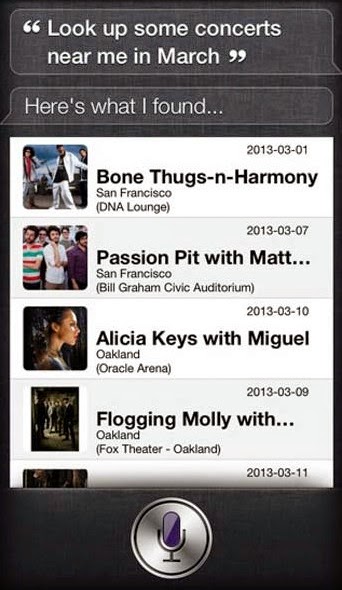 If you have an Android phone, then you can pretty much customize everything about your phone. Sadly, this is not the case with Apple, because they apparently don’t think you can be trusted to choose what apps go on your home screen.
If you jailbreak your iPhone and get Sptringtomize 2, however, you can customize just about everything on your iPhone—add more apps to the dock, shrink app icons, make the app labels disappear, and much, much more. 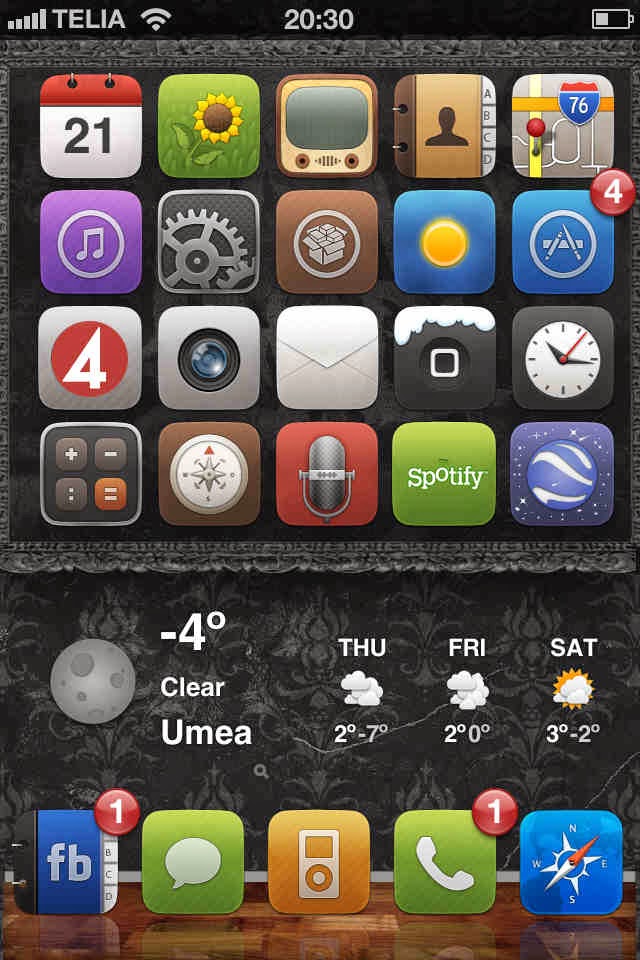 Another annoying feature of iOS: you can’t use all features—like Facetime—over 3G. Why? Because Apple doesn’t think they’ll work well-enough, and they think it will reflect poorly on them. However, if you jailbreak your iPhone and get the 3G Unrestrictor app from Cydia, you can remove all those limitations.
Will Facetime work great over 3G? Probably not. But a terrible picture over 3G is still better than no picture at all. 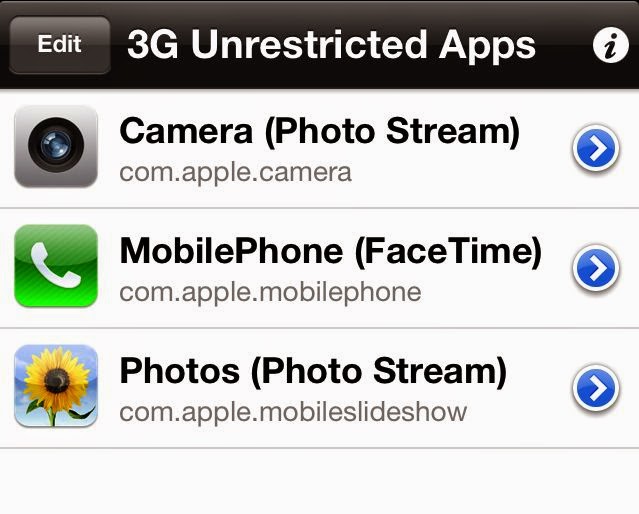 8. Choose Your Own Default Browser

What’s that? You don’t think Safari is the greatest browser in the history of the internet? Well that’s just ridiculous.* Nevertheless, if you have a jailbroken iPhone and you would like to make, say, Chrome your default browser, you can do that with the BrowswerChooser app. 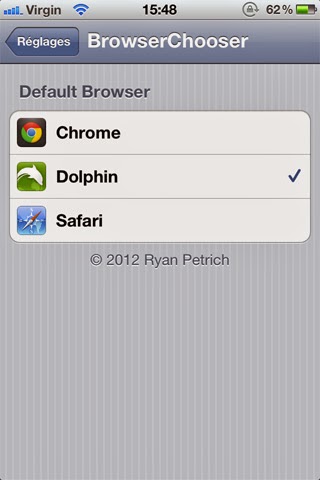 Want to use Siri to send out a simple tweet and make full use of the power of Twitter to stay connected? Nope, sorry, not out of the box you don’t. But if you jailbreak your iPhone, then you can get an app on Cydia called Sireet that lets you tweet with Siri.
Of course, there are a few other ways to make Siri control Twitter without jailbreaking your iPhone—e.g., setting up SMS tweeting with Twitter—but those are indirect. This hack cuts right to the chase.

What? Get rid of the stupid native iPhone apps that you don’t want and just take up space on your home screen? Well, there is a way to do this without jailbreaking your iPhone. It’s not permanent, and it is a bit of a pain in the you-know-what, but it works.
Visit rag3hack.no-ip.org on your phone, then tap “Hide Apps without Jailbreak” and choose the app you want to hide. You will then be prompted to install a new app/certificate—say yes. The crazy thing is, the installation will fail, but that is exactly what it’s supposed to do. Just tap “done” after the failure message. Then just long-tap an icon on your home screen to get to jiggle mode, find the app you want to hide, and you will see it has the word “hide” before its name. Tap the x, and it’s gone…until you reboot your iPhone. Then it will be back.
Of course, if you’re really serious about getting rid of iOS apps—or just taking them off your home screen—you’ll need to jailbreak. 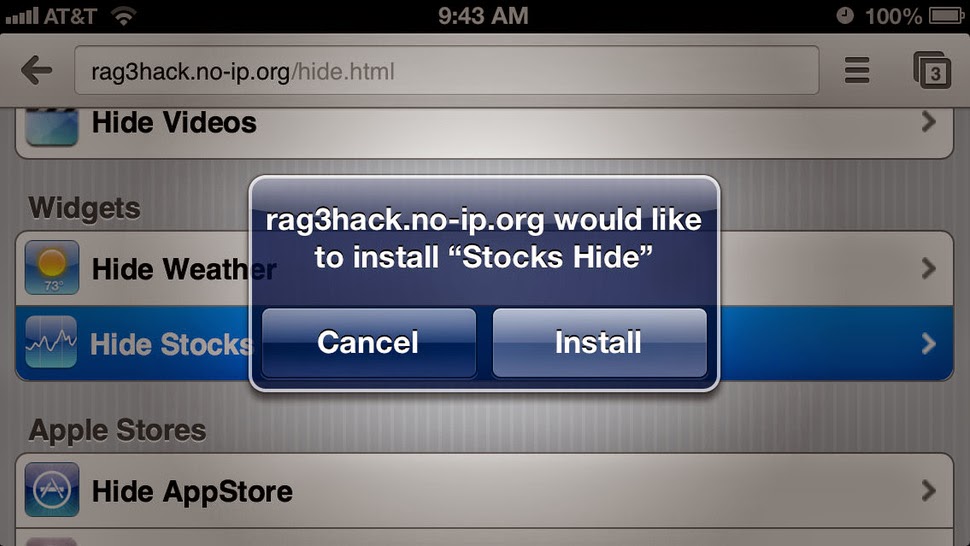 11. Store Apps in the Newstand

Do you find the Newstand totally useless? Well, there’s a way to put it to use and make it hold all the other apps you’d like to get off your homescreen. The video above will show you how. It’s a little tricky and tedious, but hey, desperate times call for desperate measures.
And yes, I did just refer to your desire to get rid of apps on your iPhone as “desperate.”

This one doesn’t even require jailbreaking! It does, however, require a bit of tech know-how. You see, what you’re going to need is a Raspberry Pi, which is a cheap, $35 mini computer. You can set this thing up to be a proxy on your home WiFi network. Siri can then talk to this the Raspberry Pi and tell it to do amazing things like control your thermostat and open your garage door.
Interested in using Siri and your iPhone to make your house a Jetsons house? You can read more about how to do that here.